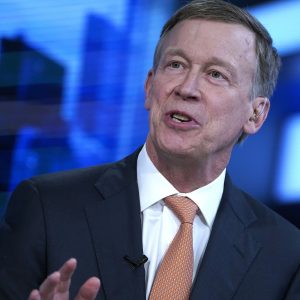 John Hickenlooper believes in expanding the Affordable Care Act instead of decimating it. While he was Governor, he expanded Medicaid to cover 400,000 additional Coloradans. He established Connect for Health Colorado where people can get subsidies to help afford coverage. He supports building a public option to further expand coverage at the national level. John’s opponent voted repeatedly to repeal the ACA, with no plan to replace it.

Hickenlooper will rely on science to guide a national response to COVID-19. He will support Americans economically until we bring the virus under control. His opponent hides behind Mitch McConnell refusing to support continued unemployment payments. Hickenlooper’s opponent stands with a president who advocates snake oil remedies like injecting bleach.

Hickenlooper will advocate for economic policies that lessen the gap between rich and poor, including raising the minimum wage, tuition-free community college, and creating clean energy jobs. His opponent voted for the Republican tax cut for the wealthy and routinely sides with large corporations instead of small businesses.

And maybe the most important reason – electing Hickenlooper is the path to flipping the Senate and removing Mitch McConnell from his position of power. We cannot hope to make any legislative progress without taking the Senate! Whether your passion is a Green New Deal, racial justice reform, regulating Wall Street and economic justice, or anything else progressive, it will die in the Senate until we get rid of Mitch.